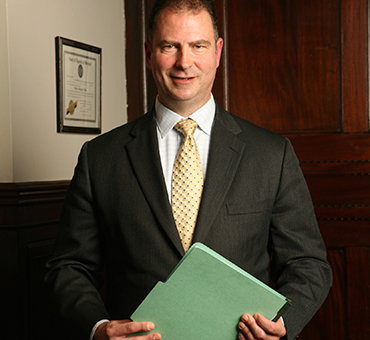 I always find it interesting to hear about what types of cases other lawyers are handling and litigating. After reading a recent Daily Record article concerning the federal lawsuit filed by two line cooks against Bryan Voltaggio claiming damages for violations of the federal Fair Labor Standards Act and the Maryland Wage and Hour Law, I noticed a growing trend in these wage-and-hour lawsuits. A similar lawsuit was filed by pastry cooks at Woodberry Kitchen earlier this year.

A Wall Street Journal article focusing on the increase in lawsuits against high-end Manhattan restaurants stated these lawsuits have doubled nationwide in the last 10 years. The number of wage-violation lawsuits has been on the rise for more than a decade, driven by a successful worker-organization movement, increased attention by plaintiffs’ attorneys and complicated labor laws that leave some employers confused, according to legal analysts and industry leaders. A 2014 study by the U.S. Department of Labor found that wage violations – concentrated mostly in the hospitality industry – result in between $10 million and $20 million of lost worker income a week in New York State.

A 2012 Baltimore Business Journal article discussed the then-pending wage-and-hour lawsuits against Pratt Street Ale House and the Greene Turtle. It also stated that the number of labor cases, which include wage-and-hour complaints, in the U.S. District Court in Maryland, have spiked in the past decade. There were 259 cases in 2011, compared with 149 in 2001.

This relatively new collection of lawsuits hits close to home as I spent eight years waiting tables at numerous restaurants throughout the Baltimore and Chapel Hill, N.C., areas. Over the years, I worked at 12 different restaurants which included a low-end 24-hour diner, several sports bars, a deli, a high-end French restaurant, some hotel restaurants, and numerous middle-of-the-road regular eateries. I’ve worked for family-owned restaurants and corporate chain restaurants that encouraged us to wear flair. I’ve worked as a busser, waitress, bartender, hostess, and I think I did coat-check a couple times too.

I’ve been grateful to have the opportunity to work in all these restaurants because they helped me pay for college and law school, and forced me to have patience and tolerance (virtues that are often put to the test in our business).

However, I am always interested in hearing stories from fellow servers and commiserating about that fact that I had similar experiences while working in “the industry” as well. Don’t worry, my statute of limitations is up by now.

I hope these lawsuits help pave a road that doesn’t put small mom-and-pop restaurants out of business, but also affords people working in the hospitality world the pay for which they work brutally long, hard hours.