On Punitive Damages, A New Year But the Same Legislative Agenda 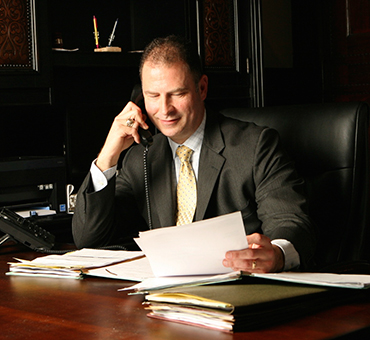 Over the last two decades, there has been a push to overturn the closely scrutinized punitive damages law in Maryland. Punitive damages cases in Maryland are extraordinarily rare since the Court of Appeals, in its 1992 ruling in Owens-Illinois v. Zenobia, held a plaintiff’s entitlement to punitive damages must be established by clear and convincing evidence and can only be based on actual malice. The court defined actual malice as an act characterized by evil motive, intent to injure, ill will or fraud.

Punitive damages are designed to punish wrongdoers and deter future similar conduct. Although they are not appropriate for all egregious actions, they have a place when very large, multinational foreign corporations harm Maryland residents. For example, an interstate truck driver who deliberately violates Federal Motor Carrier Safety Administration regulations is subject to punitive damages in many jurisdictions but not in Maryland. Large corporations like Wells Fargo and Volkeswagen have recently been in the news for engaging in reckless conduct and add fodder to this debate in Maryland.

Another arena for the consideration of punitive damages is punishing drunk drivers. Prior to Zenobia, punitive damages could be awarded in an automobile negligence case upon a showing that the defendant operated his motor vehicle with a wanton or reckless disregard for human life, thereby allowing a drunk driver who was found negligent for a car crash to be subject to punitive damages.

The General Assembly likely this year will again consider whether a standard lower than the current standard of Zenobia will warrant punitive damages. During the 2016 legislative session, the Maryland Senate voted 43 – 1 to make it easier for survivors of those killed by drunk drivers to recover large sums from “super drunk” repeat offenders. The measure would allow plaintiffs to sue for punitive damages if a person who has already been convicted of driving under the influence kills a person in a subsequent crash while having a blood-alcohol level of 0.15 percent (twice the legal limit). However, no action was taken last year when the bill went to the House Judiciary Committee. A previous iteration of the bill was unsuccessfully introduced in the Senate in 2015.

The failed 2016 bill anticipated the problem of drivers who refuse to take the breath test because the new law would presume those drivers to be at 0.15 for purposes of civil liability. Legislators who opposed the bill stated it was inappropriate to single out one particular class of offender for punitive damages, argued a proper deterrent for driving drunk would be a jail sentence, not the threat of compensatory and punitive damages.